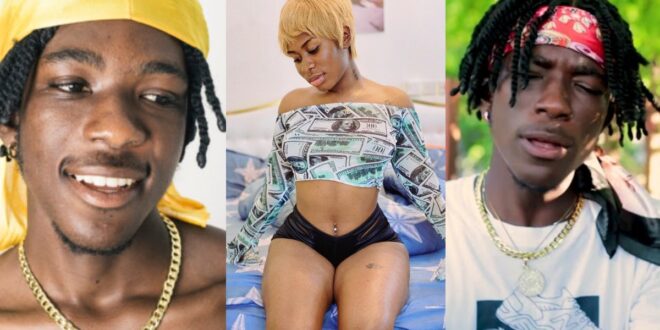 “I have chopped Yaa Jackson before”- Rapper Heartman

According to the Beljam signed musician, he had a romantic relationship with the Kumawood actor long before she rose to fame.

Heartman was asked to include a list of female celebrities he has a crush on and would date if he had the opportunity during an interview, and he did so.

When the name Yaa Jackson was mentioned, he immediately responded that he had already ‘cleared’ her.

This comment has ignited a firestorm of debate on social media about whether the two artists had collaborated together in the past.

Heartman officially released his first song, “About You,” which has been getting a lot of airplay around the country for the past few weeks.