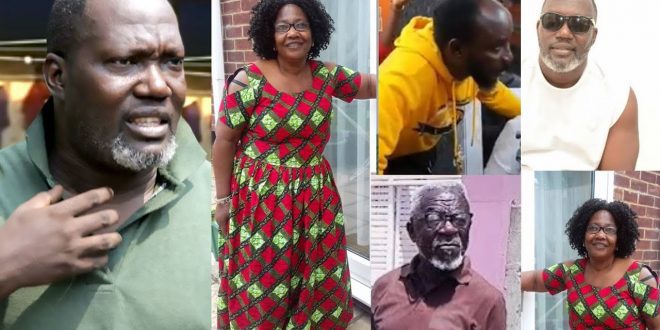 The mother of the late Kumawood actor Bishop Bernard Nyarko, Maame Yaa Kunadu has disclosed that she has been accused of being a witch.

according to her, it was her wish and prayers that his son, Bishop will get well and burry her instead but it didn’t happen that way.

Maame Kunadu disclosed that she hide Bishop from his colleagues because Bishop himself asked her to do so but people claim she hides him from people because she is a witch and wants his son dead.

“Prior to his death he had lost considerable weight and was weak. He directed that I should not allow anyone to visit until such a time he recovered and felt better. This was so because he did not want his colleagues to come to take images of him and post on social media”,

“It was my wish for my son to bury him and not the reverse. I have been accused of being a witch because I hid him just because I wanted him dead. There is nowhere I have taken him to just because I wanted to get him back on his feet. I leave everything to God because he knows best. What will I kill my son and benefit? I gave birth to him and he grew to become a star and I was pleased”,