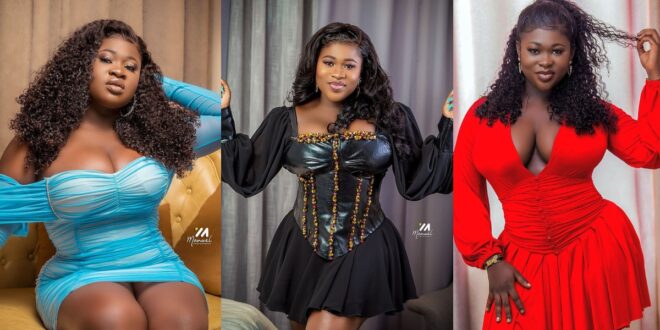 “I have a strong mindset, no man can give me broken heat”- Sista Afia

There isn’t a day that goes by where you don’t hear of a young man or woman crying like a baby because of a lost love, also known as a “broken heart.” Young men in Ghana have been seen weeping in water tanks, eating Banku with water, crying in the shower, and lying on the floor, among other things, because their dream woman has broken up with them.

This stuff can’t be made up. There was also a viral video of an old man weeping over a broken heart. Sister Afia, on the other hand, claims to have a “Kanpke” mind and heart that no man born of a woman can give her broken heart

ALSO READ  Here Is How Duncan-Williams' Niece, Sista Afia Ended Up In Secular Music And Not Gospel

Sista Afia told GNA Entertainment News that her songs make it look as if she has a broken heart, but that is not the case.

According to the “weather” singer, she has built such a positive mindset about relationships that she doesn’t take it personally when things don’t work out, and a broken heart is never in her vocabulary.