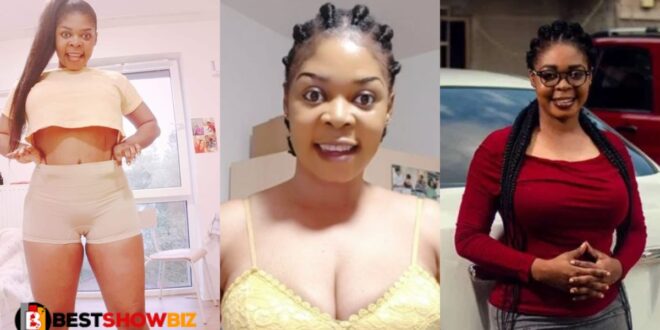 Joyce Dzidzor Mensah, a former HIV/AIDS ambassador, has provided her followers and loved ones a comprehensive account of how she caught HIV/AIDS.

According to her, she graduated from JHS at the age of 16 and was trying to continue her education, so she enrolled in a computer school but struggled to pay her expenses.

When she went to choir practice one day, she met a man, she said. This man inquired about her education before handing her 50 cedis.

She portrayed the man as a good guy when she returned home since he handed her money without mentioning knaacking.

They became friends, she said, and the man became her boyfriend, and they did the thing where she got the virus.

ALSO READ  commercial sex workers in Kumasi cry over lack of customers due to coronavirus.

Joyce went on to say that she observed all of the symptoms of HIV/AIDS on the man, but because she did not know what they were, she ignored them.