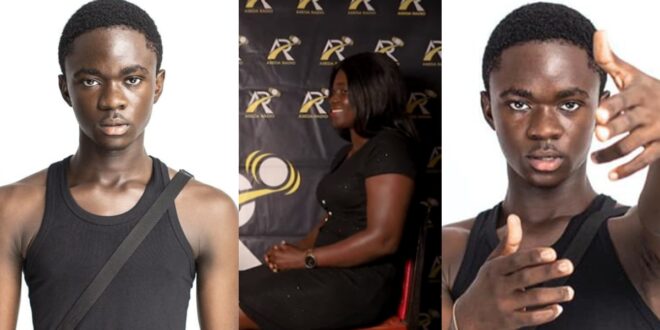 ‘Sore’ hitmaker’s mother. In an interesting interview,  has now spoken out about her son’s music career for the first time.

Yaw Tog recently made headlines by becoming the first Ghanaian artist to make his YouTube video reach over one million views in just four days.

Following this prestigious accomplishment, the rapper’s mother announced that her son’s ambition was to become a doctor rather than an artist.

She went on to state that after her son’s popularity, she has been reluctant to punish him because she is now shy of him.