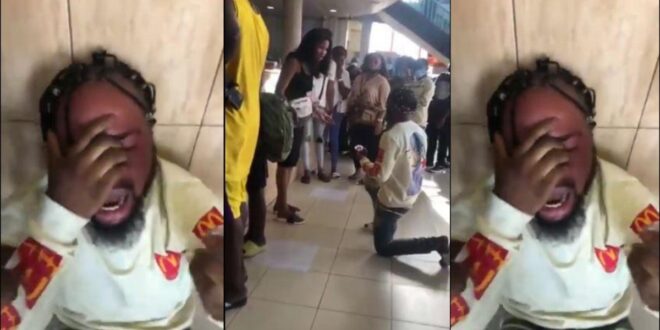 A young man is in tears after his girlfriend turned down his proposal in public.

The man was seen weeping like a baby and was approached by bystanders to forget the lady and move on with his life, but he was still crying and shouting that he exchanged his manhood for money just to make the girl happy.

From what he was saying, the lady dumped him because he does not have the sexual power to satisfy her in bed when they marry.

watch the heart breaking video below.