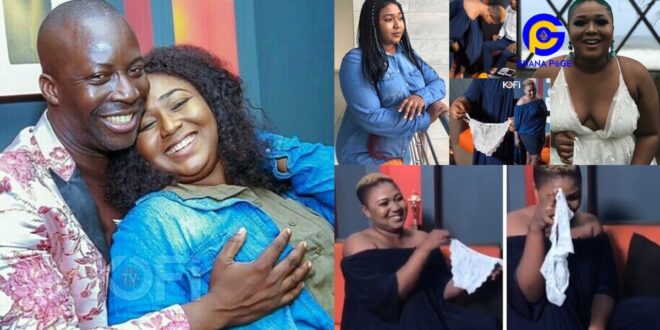 Ghanaian actress Xandy Kamel claims she does not regret the nasty acts she did in the past.

According to Xandy Kamel, she’s concentrating on her brand now since she’s married and doesn’t do the stuff she used to do on social media in the past.

She disclosed that somebody just gave her husband a snapshot of her former life and the he chuckled about it because he knows it’s her history.

However, Xandy Kamel has confirmed that she does not regret the ‘nasty’ stuff she has done  in the past.

Reacting to why she’s been absent in the film scene now, Xandy Kamel has admitted that the poor condition of the film industry has made her inactive.

She has announced that she is now employed in a media house, and her busy lives have also influenced her inactivity in the film industry.