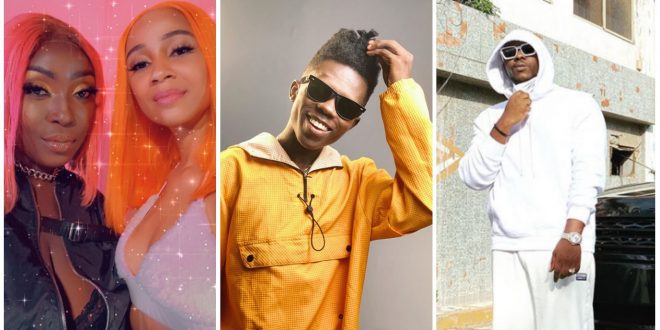 According to strongman, The song Eno Barony featured him was not a diss song, and Medikal will even attest to that. He said that Medikal hasn’t diss him since they had their truce so there is no need for him to diss Medikal and he is not also willing to start one. In addition, he said he wouldn’t need Eno Barony and Sister Derby if wanted to diss Medikal, he can handle Medikal all by himself.

He revealed this in an Instagram live session he had with “Ye play Africa”.

“first of all, we didn’t record a diss song, left to me alone I can handle Medikal, I won’t join forces with ladies to diss Medikal. Secondly, we won’t use afrobeat song to do a diss-song. If it was a diss song like by now Medikal is preparing to drop his. This year Medikal has not dissed me, so there is no need to throw a jab at him”. Strongman’s own words.

watch the vidoe below: