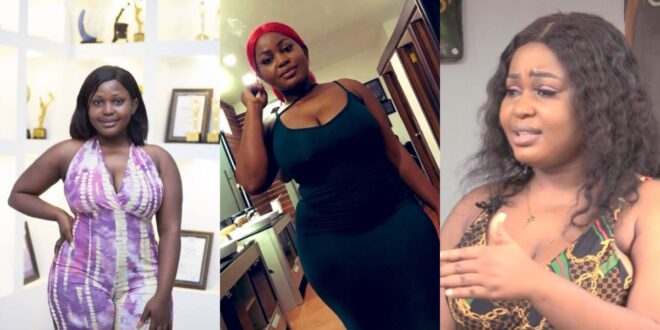 Ruby from TV3’s Date Rush has announced that becoming a second or third wife is not a challenge for her if the guy has a ton of money.

She told SVTV Africa’s DJ Nyaami that every beautiful lady loves nice stuff and wants to be happy, which is why she made this choice.

According to Ruby Gaglo, during her time on the show, a stranger from another country purchased her a Jeep. She went on to say that the gift was intended to “motivate and inspire.” He advised me to concentrate on the positive aspects of life.”

In answer to if she has feelings for the outsider and whether, if she has a wife or wives, would shemarry him.

ALSO READ  "My Vag!na Is fat; shatta wale is a lair"- Efia Odo reacts to shatta wale claims that she has a small Tonga

“From the look of things, he has money so I don’t mind at all. Once I’ll be comfortable and have my peace of mind, yes I’ll marry him without hesitation,” she said.

Ruby is actually enrolled at GIMPA, but she prefers to keep her course of research a secret.

Please see the video below for the whole interview.