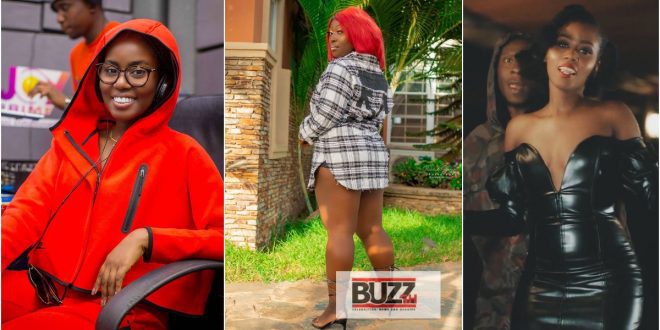 Ghanaian female dancehall and R&B artiste Vera Hamenoo-Kpeda, popularly known as Mzvee has finally reacted to Eno Barony after throwing jabs her by comparing her natural hair to the texture of rock in her (Argument Done) diss song.

In an interview she had with TV3, Mzvee stated emphatically that she will never reply Eno Barony’s lyrical swipes at her as she says it may result in what nearly occurred between Sister Afia and Freda Rhymz at the TV3 premises time ago.

According to the Natural girl hitmaker, lyrical beef plays a crucial role in making the music industry lively but when such a beef develops into a fists fight, it becomes unhealthy.

MzVee first burst onto the Ghanaian music scene in the summer of 2012 as the lead singer of Lynx Entertainment’s girl band D3. The band, released hit singles such as ‘Good Girls Gone Bad’ and ‘Gyani Gyani’ before splitting at the end of 2013 due to her educational commitments.