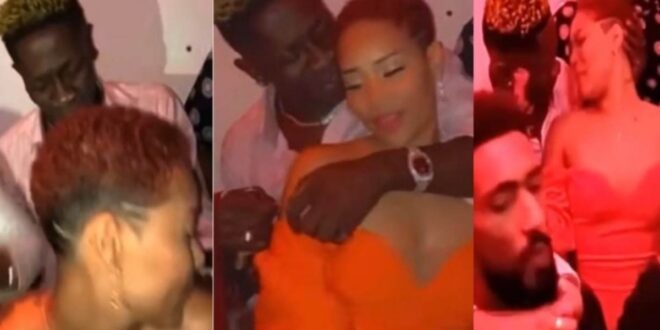 “I don’t have money to keep a girlfriend so I sleep with Slay queens”- Shatta wale.

Dancehall artiste shatta wale has disclosed that he does not have the money to keep a girlfriend.

According to him in a recent interview he is saving up his money for something very very important and so does my husband loves me to keep a girl.

He added that he has so many female friends who sometimes agree for him to have sex with.

Shatta wale added that he is a very real person and would not hide his feelings for any of his female friends.

meanwhile in a recent interview that his ex-girlfriend michy granted, she revealed that shatta wale was not appreciating what she did for him and that money and fame corrupted his mind.