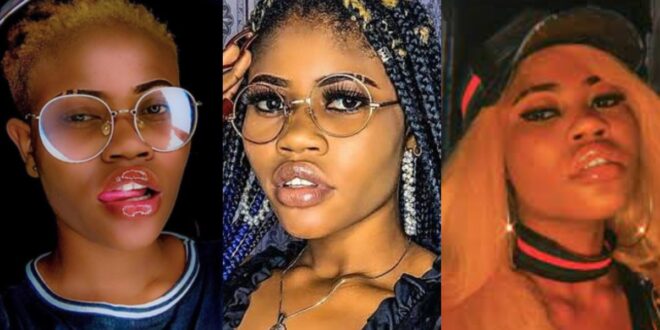 Naomi Gold, an emerging model who was previously confirmed to have been fingered by Counsellor Lutterodt on live TV, has admitted that she makes a lot of money from relationships.

The model made some surprising discoveries about herself in a tell-all interview with Ghpage TV, narrating how her job earns her up to $5000 per month.

According to the young and attractive model, she enters these relationships with the aim of making money rather than settling down.

She revealed that she has come to realize that most men are only interested in such relationships for the sake of it.

When asked how she copes with being single, particularly when she is honey, Naomi Gold quickly retorted that she pays Ashawo boys to sleep with her if the situation calls for it.