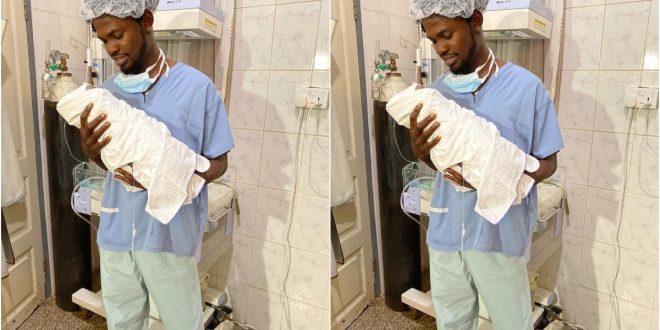 “I can’t sleep because my Baby cries too much at night”- Fameye laments.

Singer Fameye is now a proud father, he shared a picture of himself and his new born kid on social media which generated lots of reactions and likes.

Fameye has disclosed that, the child is 7 months old now and that he kept it a secret because he did not want to be trolled and criticized on social media.

Speaking on GHone, he revealed that he is proud to have the child but does not get peace to sleep at night because his child have been crying almost every night.

Fameye added that he understands it is part of the responsibilties as a father and is not bothered by it.