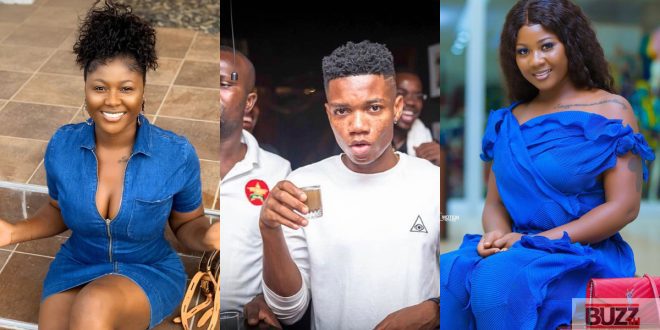 Actress Salma Mumin has opened up on why she can’t date singer Kidi.

according to Salma Mumin, she can’t date Kidi not because he is young but because both of them do not like each other.

the actress disclosed this in a question and answer session with her fans when she was first asked if she doesn’t mind dating Kidi.

Salma’s answer to this question was ‘NO’, and when she was asked if she would date a Jamaican, Salma said ‘Yes because he is a human being’.

and this was where another fan quiz her that if a Jamaican is a human and Salma wouldn’t mind dating him then is Kidi also not a human?

Salma’s answer to this was that Both (Her and Kidi) do not like each other in that manner.

see what went on in the screenshots below;