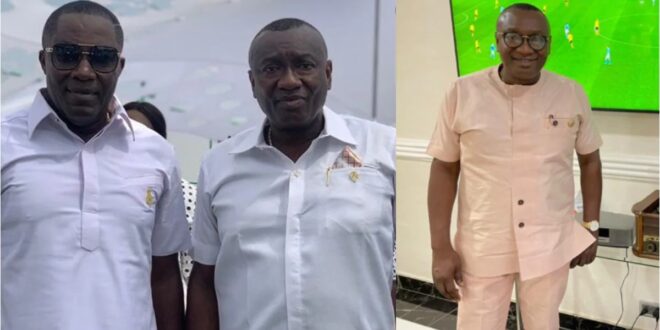 Dr Ernest Ofori Sarpong, a well-known businessman, has revealed that he designed a four-story building around Accra’s Opera Square before he turned 30 years old. One of Ghana’s astute businessmen is the chief executive officer of many thriving companies, including Sarpong Ventures and Special Investments LTD. In an interview with Lexis Bill on Joy FM’s DriveOnJoy broadcast, the chief executive officer of Special Ice Company opened up about his personal, family, and business life.

While being a loyal associate of Dr Osei Kwame, He revealed that he comes from a business-minded family. “When I was a child, my mother worked in trade and import.” But it is a family enterprise,” Dr Sarpong said on DriveOnJoy to Lexis Bill.

Ernest Ofori Sarpong, who grew up with five other brothers, grew up learning the politics of existence and survival, later forming his paradigm to create his own mark as an adult. He had managed to construct a four-story building around Accra’s Opera Square before he turned thirty (30), according to Dr Sarpong.

ALSO READ  After a doctor informed him that his phone was with his wife, a man bolts from his hospital bed – video

Dr. Ernest Ofori Sarpong is also in the real estate and building industry, with a large range of estate houses, flats, office blocks, and retail stores to his credit.