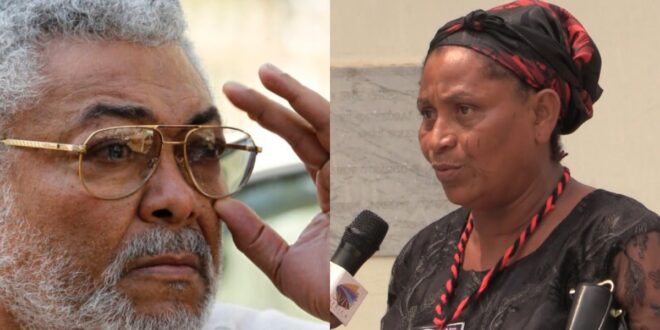 A lady known as Abigail Rawlings Mawutor has emerged and revealed in an interview with STV that she is the daughter of the late president JJ Rawlings.

According to her, she is ready to take a paternity test to confirm her claims, she narrated her story saying Rawlings met her mother during the Military Regime and after she got pregnant told her to remain mute about it.

Abigail revealed veteran actress maame Dokono knows about this and she even gave her money to leave the country else she might lose her life.

Abigail added that most of the extended Rawlings family knows her because she revealed herself to the family some time ago and she has been going to the family house as well.