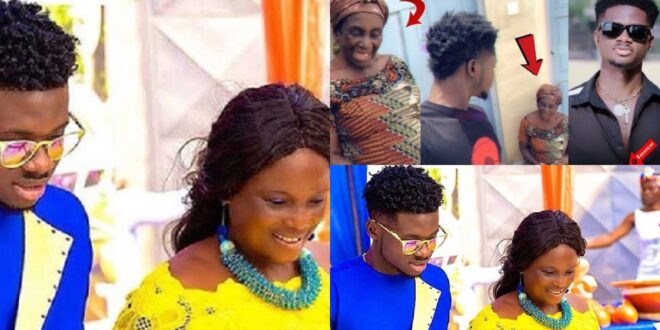 Kuami Eugene, a Ghanaian singer, credited much of his popularity to his mother, Mrs. Juliana Marfo.
The reigning Ghana Music Awards Artist of the Year claims that all he has been doing in music is based on the prayers of his mother.

He made this remark in reaction to the compliment of Gary Al-Smith, an ace sports journalist.

The sports journalist Joy Fm honors Kuami Eugene’s heroics in the music business when everything he touches turns gold today.

“Kuami Eugene is now operating in a separate stratosphere. All he touches becomes gold. ” – He tweeted

“The power of a mother’s prayer”- Kuami Eugene responded.