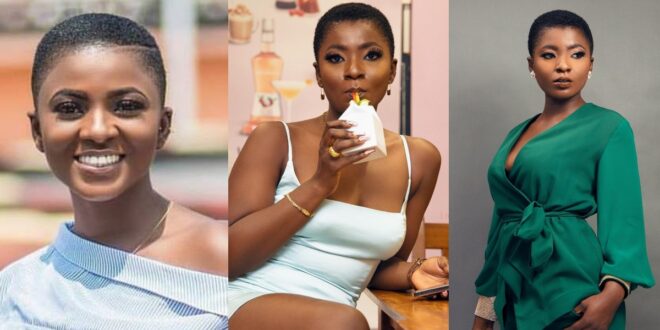 Priscilla Opoku Agyemang, better known as Ahoufe Patri in the entertainment industry, has confirmed that she is still single.

She claims that she is not taken and available for dating until someone’s son wishes to place a ring on her finger.

In an interview with Asaase Radio, she revealed this.

She announced, “Single until anyone wishes to put a ring on it.”

When asked about her alleged romance with highlife singer Kwabena Kwabena, the actress categorically denied any romantic involvement with him.

Everything they said about her and Kwabena Kwabena, according to Patri, were mere rumours meant to tarnish their reputation.