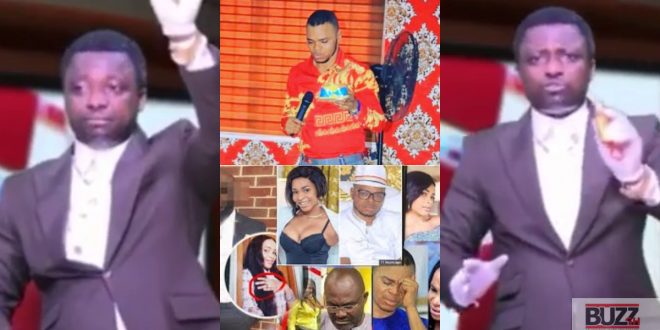 Prophet Ebenezer Opambour aka Prophet 1 has finally cleared the air on claims that he fed Kennedy Agyapong with information about Bishop Obinim.

after Kennedy Agyapong dropped secrets about Obinim, rumors emerged that Prophet 1 the founder and leader of Ebenezer Miracle Worship Center is behind all the information given by Kennedy.

according to Prophet 1, he is not the one feeding Kennedy Agyapong about the information about Obinim.

Prophet 1 disclosed that he has never met Kennedy Agyapong and Obinim before and has never spoken to any of them before hence he is not the one behind the issues.