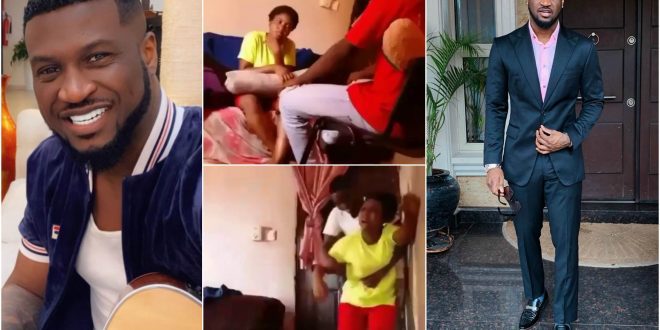 we reported on a viral video of a guy who mercilessly beat up his girlfriend.

well, Nigerian singer Peter of P-square fame has sworn not to sleep until he makes sure the guy and his friends are arrested.

the disheartening video saw the guy beating up a girl while his friends were around doing nothing about it but just laugh and videoed it.

Peter says it’s better they surrender themselves to the police or the police come for them.

“I am not sleeping until they are all arrested! Let’s find them! This video is disheartening! I believe this happened in Markudi! Cos the guy in red T shirt mentioned it. They better turn themselves over to the police authority in the next 48hrs. Otherwise they will come for them . Swear down I am not gona sleeping on this one!!….. and I will keep y’all updated.  #IdonCarryTheMatterForMyHead “