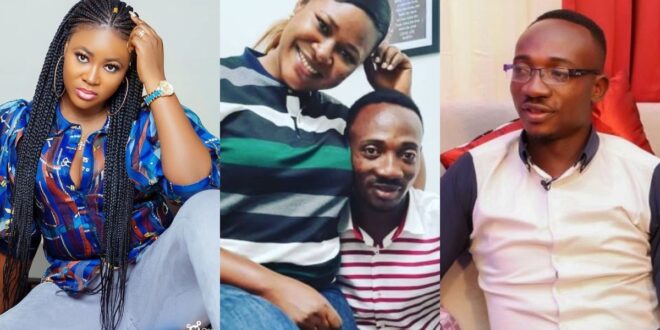 “I almost Divorced Salinko, marrying him is difficult”- Nancy Owusu

In an interview, she told ZionFelix that marriage comes with a lot of difficulties.

Nancy suggested that when it comes to marital problems, her marriage to Salinko is not an exception.

The stunning wife of the famous actor disclosed that, like every engagement, they face difficulties in their union.

Being together for almost four (4) years now, when questioned about how the road has been, Nancy Owusu said she is handling it.

Nancy admitted that it occurred once, referring to a question regarding whether she had ever dreamed about divorcing Salinko, although it was fixed later.

Nancy asserted that she would send a gift to someone who might show that he/she had no marital problems.