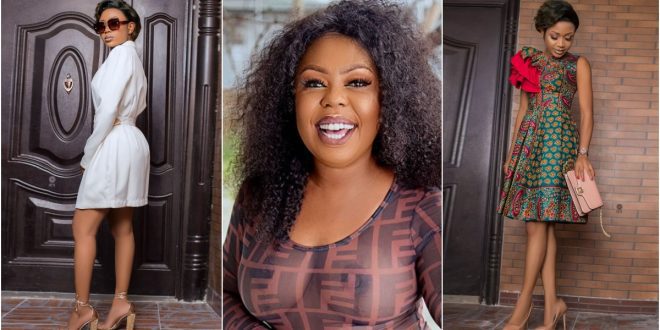 “I Advised Akuapem Poloo on what to do”- Afia Schwarzenegger (video)

Loud Mouth Commedinne Afia Schwarzenegger has revealed in a video we spotted that she gave Akuapem Poloo advise on how to manuver her way out of trouble.

Few days ago, Poloo was trending everywhere when she posted a naked picture of herself and her son when the little boy was celebrating his birthday.

Poloo came under alot of fire from social media users and was almost arrested.

Afia in the video we spotted narrated that she told Polo what to do so she will find grace in the face of Ghanaians.

According to Afia, she called Poloo and asked her to make a video to apologize before things get worse.

She also added that she offered Poloo her lawyers incase things went bad.