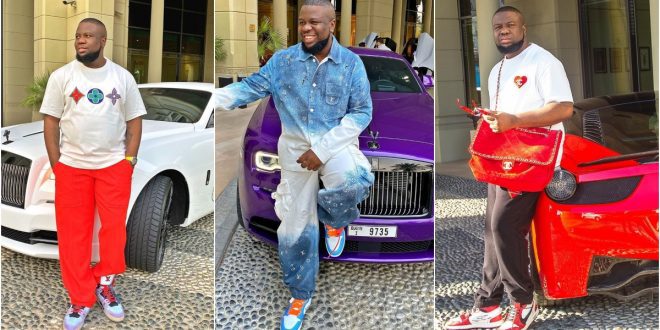 Aside from the 2 million victims who have fallen prey to the fraudulence of The popular self-acclaimed Nigerian businessman Ray Hushpuppi, it has been reported that an English Premier League club is among his victims.

according to a statement released by the US Attorney of the Department of Justice, Ray Hushpuppi conspired to launder hundreds of millions of dollars from business email compromise (BEC) frauds and other scams, including schemes targeting a U.S. law firm, a foreign bank and an unnamed English Premier League soccer club.

“Abbas and others further conspired to launder hundreds of millions of dollars from other fraudulent schemes and computer intrusions, including one scheme to steal £100 million (approximately $124 million) from an English Premier League soccer club, the complaint alleges,” the Department of Justice said in a statement on Friday.

ALSO READ  Alleged Update: All The Luxurious Cars And Propers Of Hushpuppi Have Been Seized By The Us Authorities - Screenshot

Fortunately for these victims and the rest of the world, the Dubai Police service together with other security forces have honored their duty in bringing Huspappi and his gang to light earlier in June.

The Dubai Police said he has been extradited to the United States this week to face charges of money laundering. If convicted, Hushpuppi would face a statutory maximum sentence of 20 years in federal prison.