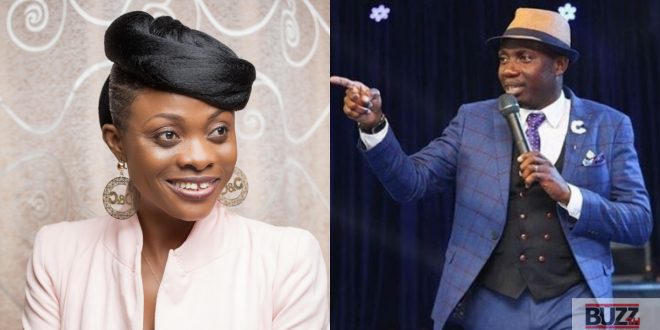 Diana Asamoah in a recent interview described Counselor Lutterodt as a mentally ill person due to some of his controversial advise he gives to Ghanaians.

In reacting to the comments made by the gospel musician, the Counselor insulted her by calling her an “Uncooked food” and that she had no right to say he was mentally ill.

“How can uncooked food [Diana Asamoah] insult me on air, she is such an ungrateful person, she has soon forgotten how she used to walk in the markets to preach…what hurt me most is the fact that she lacks respect for men of God._

“Her actions have caused unbelievers to make mockery of us because they see us as staunch followers of Christ who are supposed to set the standards for people to follow yet we are here fighting which is very bad” , he added.