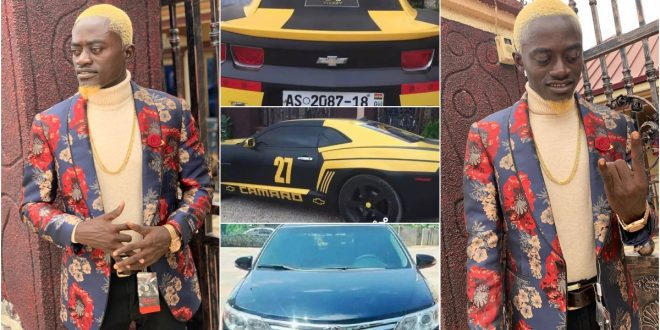 Here Is The Secret You Never Know About Lil Win: Age, Wealth And Family – Photos

Kwadwo Nkansah professionally known as Lil Win is a Ghanaian artist, musician, actor, and comedian. Kwadwo Nkansah was born to Mr Kofi and Ama. He grew up with six other siblings in Kwaman in the Ashanti region.

aside from being an actor, Lil Win is the founder of Great Minds International School in Kumasi, Ashanti Region of Ghana.

Kwadwo Nkansah married Patricia Afriye in 2012 and had two children (sons) with her. After four years the marriage broke down and led to a divorce.

He won “Favorite Actor” at the sixth edition of the annual Ghana Movie Awards (GMAs)in 2015.

He was honored by the United Nations for his campaigns against illegal immigration in West Africa.

Lil Win’s net worth is 300,000 dollars and now owns a fleet of cars and mansions and probably living the best of his life.