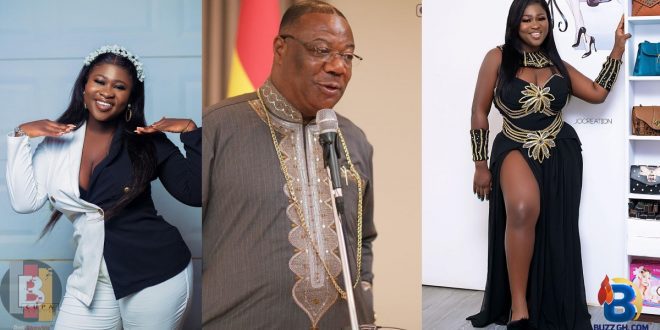 Here Is How Duncan-Williams’ Niece, Sista Afia Ended Up In Secular Music And Not Gospel

It appears that Archbishop Duncan Williams is the niece of highlife emotional singer Sista Afia.

though many people expected the niece of a pastor to be a gospel singer, Sista Afia ended up being a secular musician.

reports as we gathered indicates that Sista Afia relocated from Ghana to the UK to further nursing after completing Reverend John Teye Memorial Institute.

the ‘Weather’ hitmaker was inspired by Bisa Kdiewhen she came back to Ghana in 2015 to start her music career.

being the niece of ArchBishop people expect you to live a religious life and not involved in public life.

but Sista Afia in a recall in an interview in 2017 stated that she has her own right to do whatever she wants and not because her uncle is a man of God.

“I am the niece of Duncan Williams so what? This is my life and that is the life he has chosen to live and just because he is my uncle doesn’t mean I have to go the way he is going,”