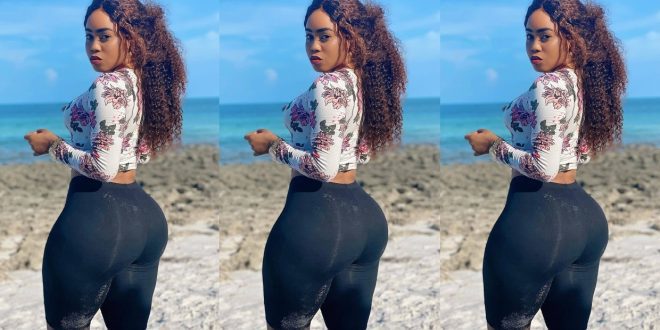 A Nigerian lady is calling out for help as she shares her heartbreaking story on how her husband broke her virginity and left her on the same night of their wedding.

“I met Kunle on a whats-app group last year. We chatted for a few months. He told me he was based in Dubai as a business man. He also said he was looking for a woman to marry. He was not ready for games. He sounded like my kind of man. I didn’t believe him initially cos it sounded too good to be true. He spent quite a lot on me. He sent me gifts and money regularly. The first time we met in person after doing Skype and whats-app video calls for months was in May 2017. He proposed to me in a a popular five star hotel on Maryland (some of you may know the hotel). I was in total bliss…too much joy.

“I met his parents who were living in Abeokuta after that. He met mine in Lagos here and we agreed that we should start planning the wedding so the next time he comes, it will be in August 2017. He of course sent the money for everything. He was always calling and all. My friend Joy was concerned that I was rushing things but I didn’t listen cos I just didn’t want to think any thing negative. Besides,I already knew his parents. I practically visited his parents every weekend after he introduced me to them. They loved me. They were happy their son was getting married cos they had been on his case for so long. Kunle is 42 and this would be his first marriage.

“We got married according to plan last August 2017. It was the happiest day of my life. It was such a beautiful day. My friends and family were all there. Everyone was happy for me and I was grateful to God. I had waited for my dream man. I kept myself. I was 34. It was hard but I am glad it paid off.

“My problems started after our wedding night. We made love that night. He was my first and it was beautiful. In the morning, he got a call from Dubai. He was called for an important business call. He had to leave immediately as the international partners were expecting him in South Africa that evening. Sadly, we had to put our honeymoon plans on hold. He promised to send me a ticket to Maimi next weekend so we can start our honeymoon. I bade him goodbye and that was the last I heard of him.

“After a couple of hours, I thought he would have called,he didn’t. That day, he didn’t call. The next day he didn’t  call so I called him,I couldn’t connect.  I texted and emailed,no response. I then told his mom. she became very worried and everyone started to call him. No connection,no response. At that time,by the third day,we began to panic. We started a prayer vigil. We started trying to contact his friends in Dubai and the airports.

“No word from Kunle in two weeks!…I was beyond worried. I began to imagine the worst until I received that phone call. Kunle finally called two weeks later. He said he was sorry. He said”I am so sorry, but I cant do this”. ”Do what” I asked him? He said he is sorry but he misled me. He said he cannot marry me. At that point I dropped the call and fainted. When I recovered, I was in hospital. Kunle’s parents and mine were there. They were comforting me. I told them to explain why Kunle cannot marry me. It was then that I learnt that Kunle confessed that he has a woman whom he has been seeing for over seven years and they have two children in Dubai.

“According to him,they have been having issues so they separated for a while. That was when he met me. He thought he was moving on but clearly he is still in love with the lady. So now,he has gone back to her. Even though they are not married,he feels he cannot be without her. So Kunle wants me to annul our marriage. That is,to say,it never happened. He sent me the sum of N5million and asked for my forgiveness.

“That was since September last year. I cannot begin to explain the trauma that I have been through. I have suffered depression and almost killed myself at one point. Kunle’s parents however do not want the marriage annulled. They say that I am Kunle’s legal wife seeing that the other lady is not married to him. But since then,Kunle has not come to see me. How do I remain married to someone who wants the marriage to be annulled? He is not even here with me? His parents want me to be patient that he will come to his senses. People are saying this is the work of juju. How long am I going to wait?

“Kunle sent me an email two months ago still asking for my forgiveness and urging me to move on. I gave my virginity to this man!! I made a fool of myself before the world by having a huge wedding…now he doesn’t want me cos of a woman whom he is not even married to? What am I going to do?

“What will anyone advice someone like me? Should I follow what people are saying:which is,stay and fight for my marriage? Or do the sensible thing of actually going ahead and annul my marriage of only one day? I am going to be 35 a few days. I need to make a decision with what to do with my life. Please advise me and pray for me too.