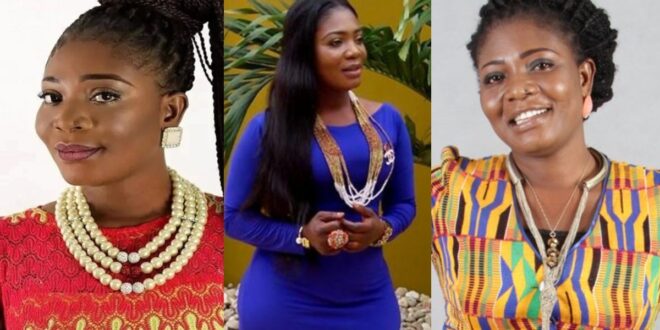 Have you recently seen Florence Obinim? Look at her images.

The wife of Bishop Daniel Obinim is one woman who has won a lot of respect from Ghanaians thanks to her music. The woman has an angelic voice that aims to tell every Ghanaian that there is a spot for all after death. The song “osoro ne mefie” by Florence Obinim is still a favorite of many people, even non-believers.

Throughout it all, the mother and wife has been seen standing by her husband.

She fought back against Kennedy Agyapong in order to save his husband from a slew of charges.

She has proven to be one of the greatest wives in the world at shielding her husband’s shortcomings.

ALSO READ  Maame Dokono is not dead as been speculated.

Both of these actions increased her respect in our household.

Recently, the singer’s wife has been sharing stunning pictures of herself on social media, welcoming people to pray with her husband.

The woman was seen in a different light than we had previously seen her.

Here are a few of her most recent photos: