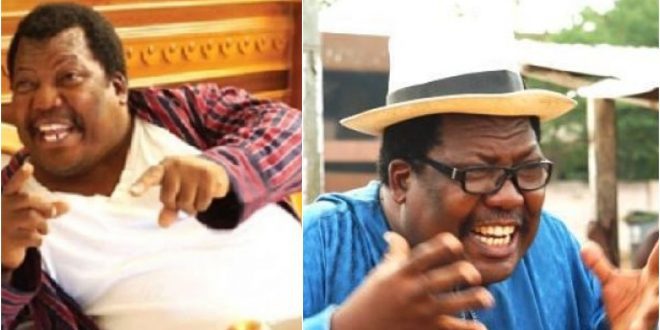 Ghallywood veteran popularly known as Papa Nii Papafio has advised his colleague actors and actresses to make investments and to find other professions alongside their acting career so as not to face financial struggle at old age.

In an interview on Executive Breakfast Show on Class FM,  Papa Nii advised that it is necessary for people to save money in the prime so they don’t end up beggars. For that reason, actors need a regular income.

it is noted that people in professions such as acting, singing and also player do not plan their retirement and ends up wanting in their old age. This is because, they get blinded with the reaches they receive during their active career season and forget that once they are old there are no social securities to cover them since they are not working under the government.

Previously, some actors who are now out of the scene, for example, TT of ‘Taxi Driver’ had publicly begged for help as they declared themselves broke. Others have also called on the government and the industry to set up an aged fund to help such instances.

Speaking on the matter, Papa Nii Papafio has noted that it’s an individual’s responsibility to prepare for their future when they are relevant and making money at their active time.

He said: “Like footballers, like athletes, like artistes, you’re just like someone who is a banker or who is a producer or who is a presenter and as you go along the line, you need to also make sure that you’re able to improve your standard of living so that when bad times come your way, you will be able to meander your way through because I don’t think that once you’re an actor, at every time, you should be at the beck and call of others.

You’re plying a trade and even fortunately for us, most of us were not professional actors, we had our own professions before we were acting so that when the need arises, that acting has somehow gone down or whatever, you shouldn’t be found wanting.

In short, once you’re on heat, you need to prepare yourself and that is what I feel. Even though I believe that the government should also invest in it, it has not been able to do, because the government stands to gain a lot if they would be as serious as they should be in that direction. Apart from that, whoever comes into the fray must also know what it entails.”