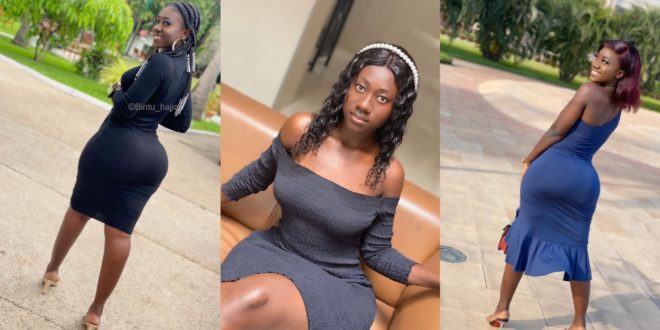 Instagram and Tik Tok sensational Hajia Bintu has slammed the controversial and outspoken media commentator and singer, Dennis Anane, alias Archipelago as a response to his initial attack on her.

The singer who is currently basing in the United State took to social media to pass a derogatory remark about the look of the social media goddess after sighting a no make-up and filter picture of the latter.

Archipelago shared this picture and said Hajia Bintu is overrated. In his own words, he captioned: “Hajia Bintu without makeups… damnnn this girl is overrated”

His post and caption went viral on social media with many people calling him out for being disrespectful toward a woman.

Well, an offended Bintu who was not happy with Palago for judging her looks despite not meeting her before, went straight into his dm to blast him for useless comment.

ALSO READ Video Of Dr. Owusu Fordjour Rejoicing Behind Bars After His Arrest Pops Up

Hajia Bintu said she has never said she is the prettiest woman on earth and questioned if the US-based singer had ever created a human being before.

see her reply below: