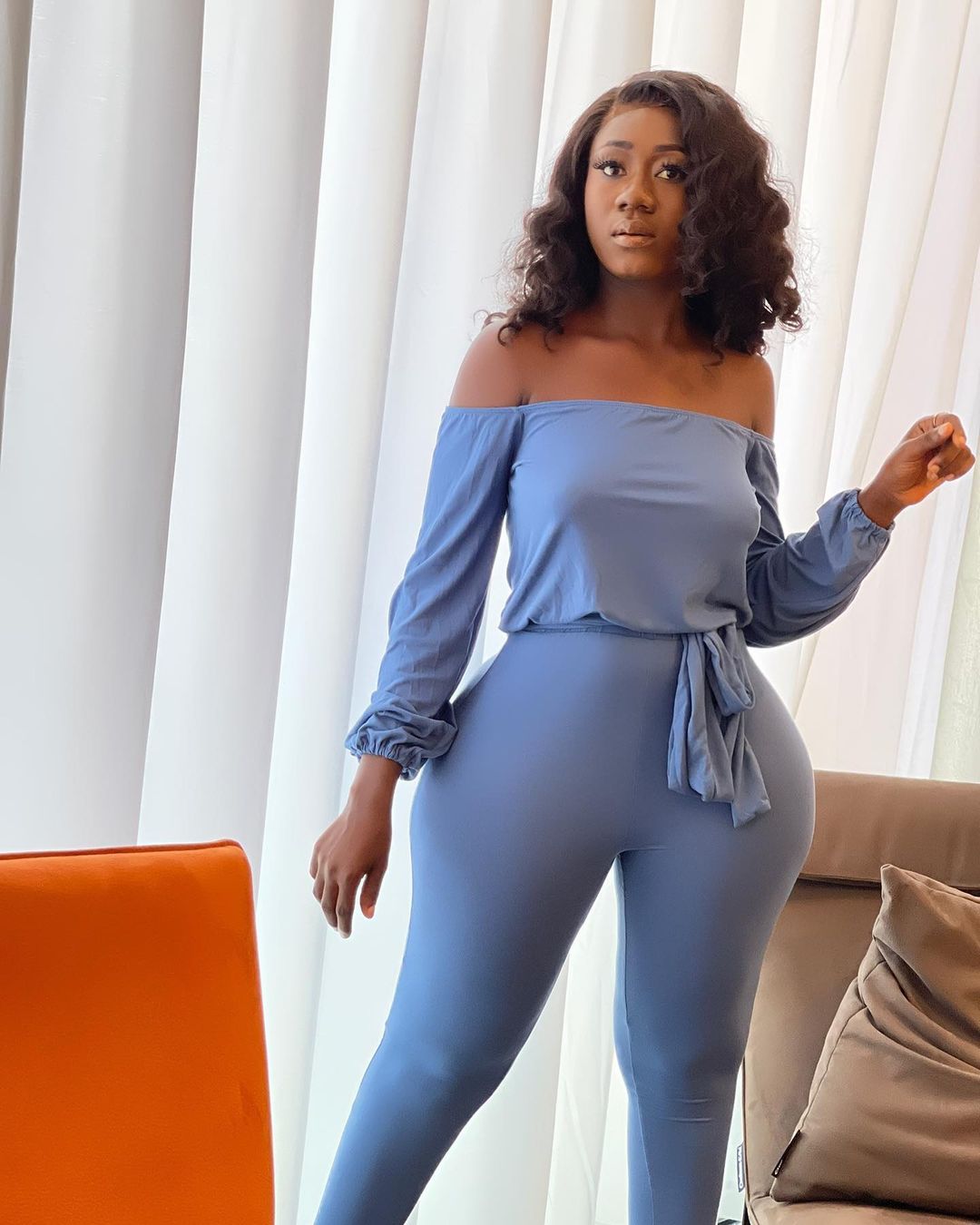 To the best of Hajia Bintu’s understanding, the “Ayooo” album by Shatta Wale is better than the entire career of Sarkodie!

Hajia Bintu asked her fans on social media to mention any song from Sarkodie’s camp that is popular than Shatta Wale’s “Ayoo,” seemingly stating that none of Sarkodie’s songs beat Shatta’s.

Well, her comment irritated one of Sarkodie’s fans, who quickly hit back with harsh words on her alleging that Hajia Bintu is one of the reasons why abortion is often considered an option.

We are not sure what precisely pushed Hajia Bintu to say this about Sarkodie, but we are aware that Shatta Wale’s loyalty lies with her after she landed a juicy deal from him and released a song called Hajia Bintu with Shatta Wale.

ALSO READ  "Men get Broken heart more than women, they are just silent about it"- Efia Odo 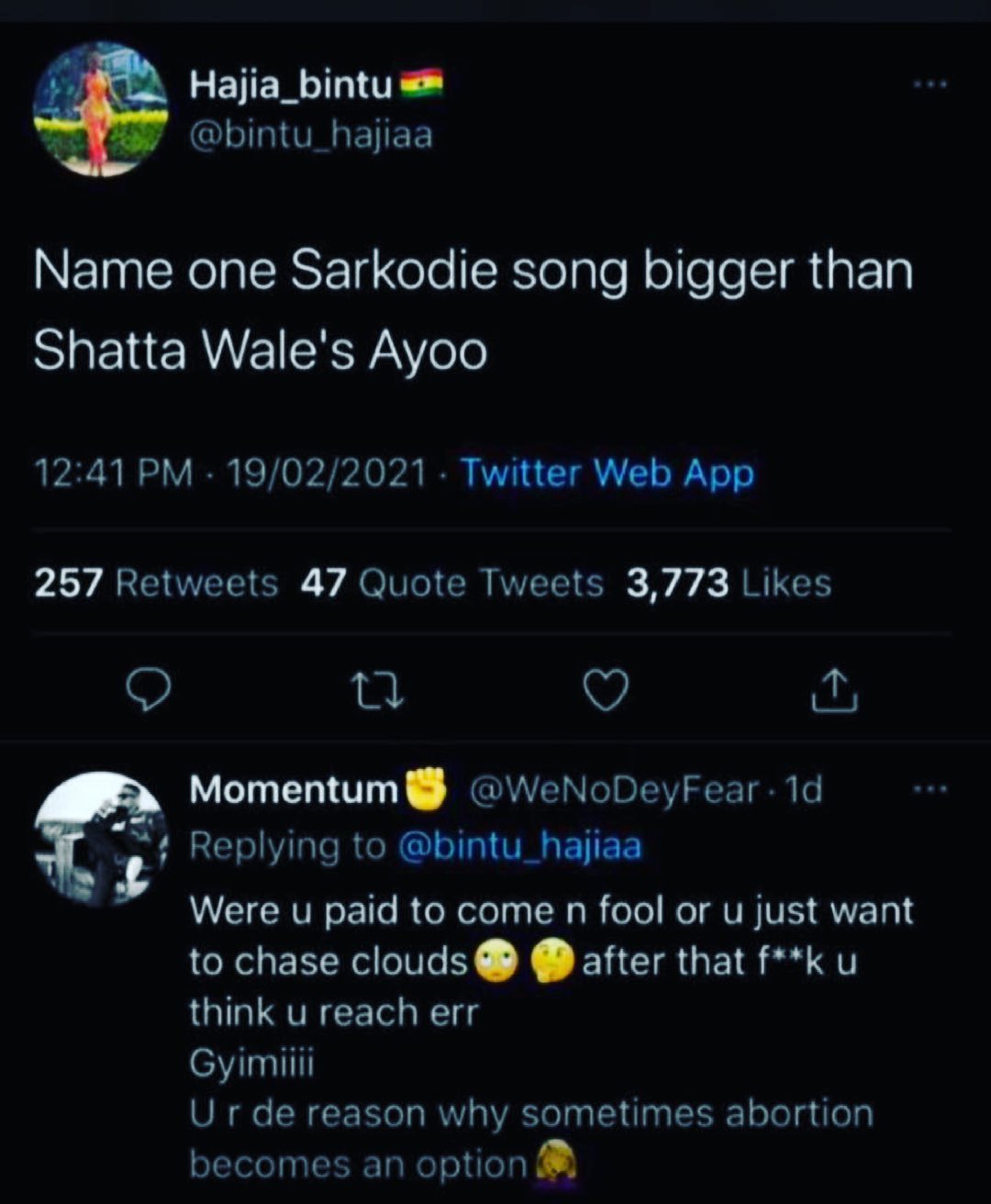