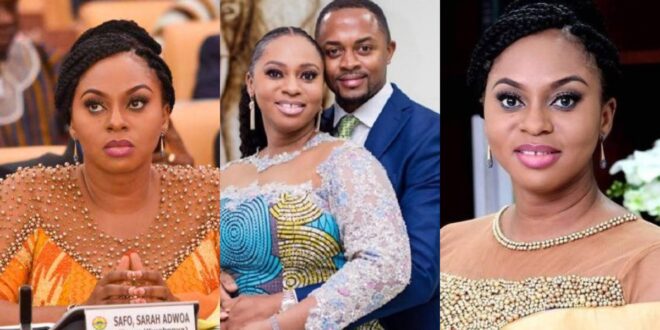 On 17 February 2021, she made her stand clear in front of Parliament’s Appointments Committee for Vetting.

The Dome-Kwabenya constituency Member of Parliament claimed that the contentious LGBTQI problem is unconstitutional and has no position in the cultural climate of Ghana.

“Mr Chair, the issue of LGBT is an issue that when mentioned, it creates some controversy but what I want to say is that our laws are clear on such practice. It makes it criminal. Section 104 of the Criminal Code prohibits one from having unnatural carnal knowledge with another person. So, on the issue of its criminality, it is non-negotiable”.

“On the issue of our cultural acceptance and norms, these practices are also frowned upon. So, for me, these are two distinct clarities on the matter and that is what I strongly stand for,” she explained.

ALSO READ  "I built a 4-storey building in Accra before i was 30 years"- Brother of Despite, Ofori Sarpong reveals
Share