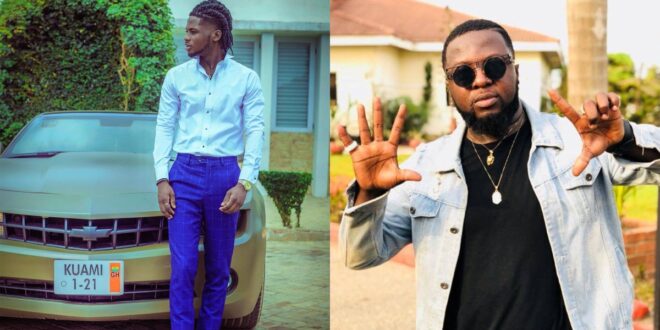 Ghanaians have replied to Kuami Eugene and his manager, Richie Mensah, with Guru’s ‘Who Born Puppy’ diss tune.

Ghanaians are responding to the song on social media. Some praised the guru in the song for his punchlines.

Others have claimed that the diss song was not appropriate because both Richie and Guru had already apologized on UTV to each other, so Guru could have preserved the peace.

Another school of thinking also has it that Guru is desperate to restart his dead career, which is why he uses the name for leverage from Kuami Eugene.