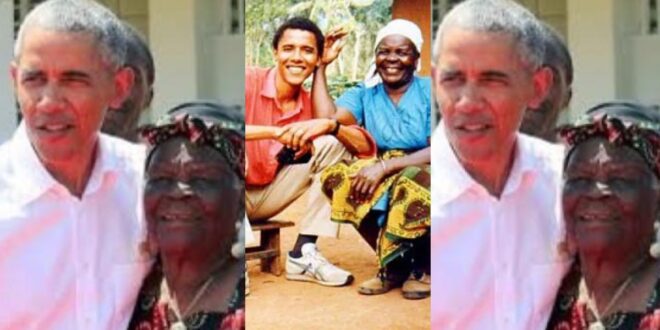 Mama Sarah Obama, the grandmother of former US President Barack Obama, has now joined her ancestors after living for 99 years.

She announced that her mother died at 4.45 a.m. on Monday, March 29 at the Jaramogi Oginga Odinga Teaching and Referral Hospital in Kisumu.

Mama Sarah Obama was taken to the hospital after falling ill, according to her relatives. They expected her to get better, but she passed away in less than 24 hours.

The family has confirmed that she will be buried today (Monday) at Kisumu’s Muslim Cemetery.

“We’re looking to see if we can bury her today, and if not, we’ll bury her tomorrow,” a family member said.

may her soul find eternal rest!!!