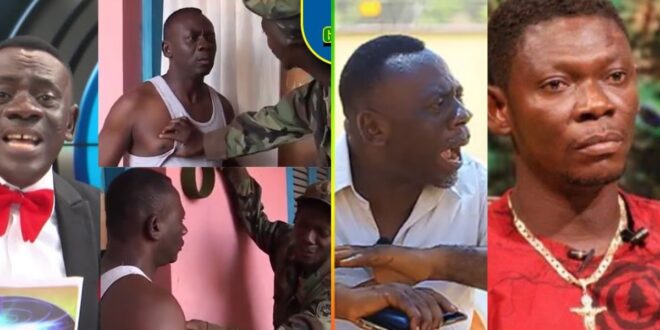 Akrobeto, the popular Kumawood actor who became a host, has professed his unending love for fellow actor Agya Koo.

Speaking in an interview on Okya FM, he stated that much like what he has for his wife, he has a deep love for Agyakoo.

Akrobeto found out that God might punish him for that if he ever talked poorly about his fellow actor somewhere. He also noticed that nearly all of the assets he created come from people like Agya Koo, so he was still thankful to him.

He told Agya Koo not to be too worried about his name fading from the system because for every celeb is natural.

ALSO READ  "My beauty is on my vaG!na"- Singer Efya says.