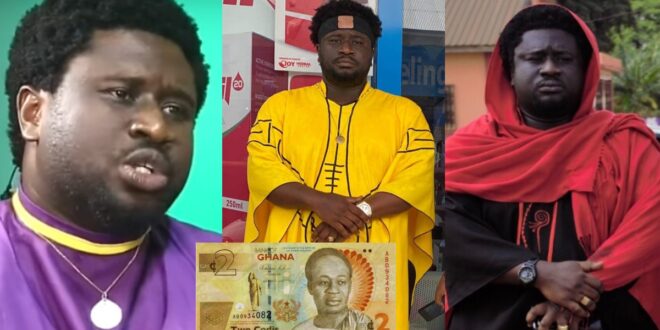 In an interview, Kwabena Boakye Asiamah, also known as Ajagurajah, the founder and chief of Universal Spiritual Outreach, announced that God does not answer debtors’ prayers.
Ajagurajah was teaching about the spirit of debts to Fiifi Pratt on Kingdom FM.

People who owe others, he claims, would not have their prayers answered as they pray to God.

He said that if they pay off their loans, then God would answer their prayers.

Witches will come for the children of someone who dies owing others, according to Ajagurajah, and use them as slaves.

He made these claims, which he backed up with biblical references.

Deuteronomy 24:14, NIV: “Do not take advantage of a hired worker who is poor and needy, whether that worker is a fellow Israelite or a foreigner residing in one of your towns

ALSO READ  "I will rise again" Bishop Benard Nyarko says after recovering from Illness, reveals some Friends plotted against him