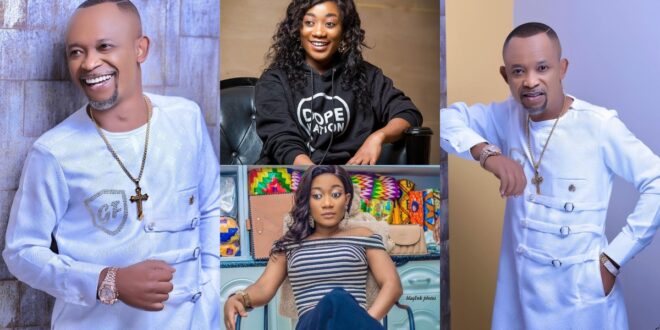 Adelaide The Seer, a sensational artist who is visually challenged, melted hearts with her story on United Showbiz over the weekend.

Fadda Dickson, the Managing Director of Despite Media, was also moved by her narrative, which made him weep.

Adelaide says that she was not born blind and that she became blind in 2012 as a result of an accident that left her crippled and blind.

After hearing her story, Fadda Dickson took to Instagram to say a sincere prayer for her, requesting God to spread his healing hands over her.

“Dear God, I pray that you extend out your healing hand over your daughter @adelaidetheseer today,” he said. You’re really a wonder worker; nothing is impossible for you.”