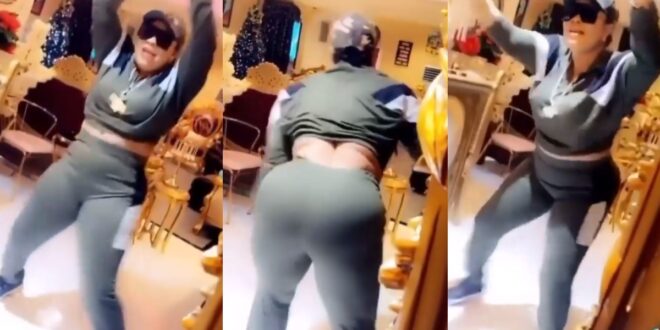 Nana Agradaa, a fetish priestess, was seen excited after being recently released from police custody.

The spiritualist was prosecuted for theft a few days earlier, and she even had two television stations that were broadcasting without a license from the NCA.

Nana Agradaa is famous for her ‘Sika Gari’ rituals, in which she promises to double your money. Many people are claimed to have been victims of this act, while they continue to come out to reveal what happened to them.

The spiritualist was captured in her car, listening to gospel music, and captioned the picture, “With God, everything is possible.”