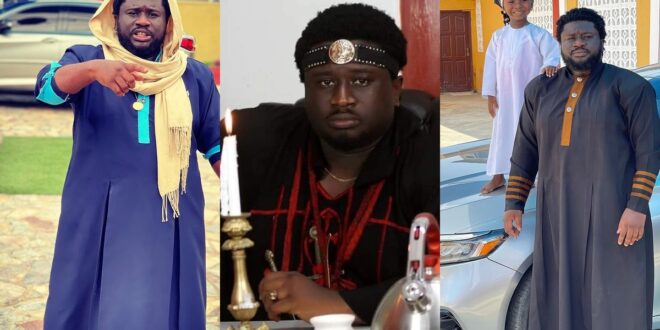 Bishop Kwabena Asiamah of Universal Spiritual Outreach claimed that, as the Bible has made people think, God and Satan are best friends and not rivals.

In an interview with GhPage TV, the preacher who is popularly recognized as Ajagurah made this disclosure.

According to him, as they do wrong, God would not forgive but rather save them, adding that if God was a loving God, he would have forgiven Satan long ago, and this would return to normal.

He went on to claim that the problem of emity between God and Satan is only to make people believe and fear him, adding that there was no way for people to serve him without that.

Ajagurajah went on to say that God and Satan are truly mates to the degree that they meet each time to meet and drink, though people on earth also think that they do not see each other eye to eye.