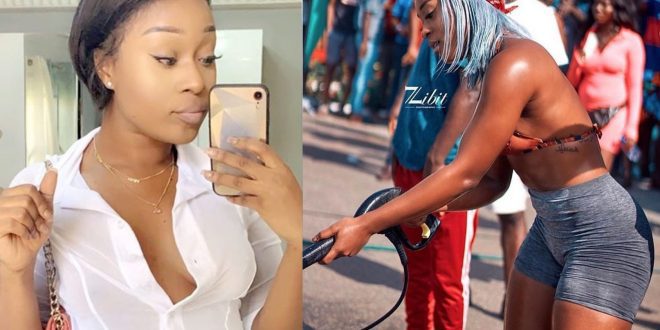 More Girls Are Going To Svck Di.ck For The New iPhone 12 – Efia Odo

Apple yesterday announced 4 models to the new iPhone 12 which would all be featuring the 5G network and their powerful A14 bionic chip and the greatest drop protection ever.

Well, reacting to the new models, the Ghanaians actress took to social media to say that some ladies will go through the stress of sucking the d!ckz of men before they can get hold of the new iPhone 12.

In a tweet, Efia odo wrote: “Birches bout to suck some dick for that iPhone12”