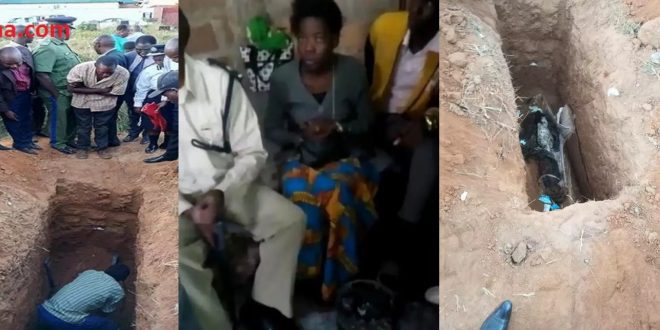 Girl ‘Died’ And ‘Buried’ 2 Years Ago Walks Back Home – Photos

Information reaching us is that a little girl who died and was buried 2 years ago has allegedly resurrected and returned to her parent’s home.

according to reports the incident happened at Masala town in Ndola, Zambia on April 11, 2020.

from reports, the girl identified as Winnie died after a short illness and was taken to the mortuary where later, a funeral ceremony was held in the church and buried at the Mitingo cemetery.

Family members and residents who couldn’t believe went to dig her grave to see if she is actually the one.

according to reports, when Winnie was asked where she came from, she told the central police that she was the the one they burried two years ago but was a banana tree.

well, the Central police, however, have begun investigations into the matter as her birth and death certificates have been handed to them to aid the process while a DNA test is set to be taken on Winnie and her parents.