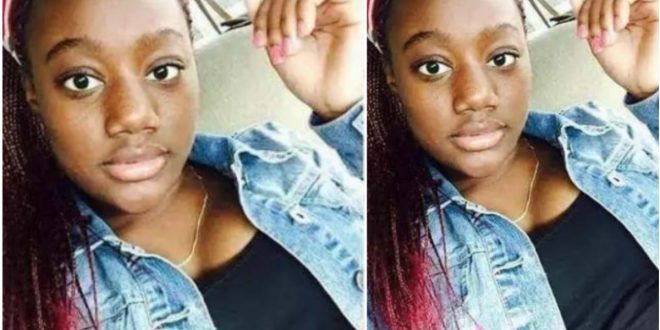 A 15-year-old teenager by name “Slimzy Jay” has taken her own life after her boyfriend broke up with her. it was reported she was pregnant with her boyfriend before she committed suicide.

The boyfriend broke up with the young girl after he couldn’t stand as the girl unveiled the news of her pregnancy to him.

The sister of the deceased revealed that Slimzy died on Thursday, at around 10 PM, about 7 hours after she made a post on Facebook with a friend of hers.