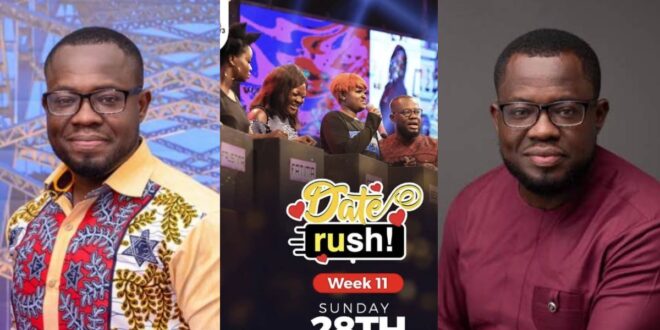 The male and female contestants’ old faces were seen in Episode 12 of Date Rush for a specific reason. The organizers of Tv3 Date Rush tonight and the next episode (episode 13) will continue to feature familiar faces.

It was a rerun of Season 4 of Date Rush, which is why you saw familiar faces like Stephanie, Success, Anita, and Ellen, to name a few.

Also, the upcoming episode 13, which will air on April 4, 2021, will be a re-union in which audiences will see familiar faces, but the show continues to be as entertaining and educational as well.

The same old faces will appear on next week’s show to discuss their dates’ experiences and announce whether they are still together or whether they made the wrong decision.

This knowledge was shared by the show’s host, Giovanni Caleb, when he told audiences that they would be seeing familiar faces tonight on the love reality show.