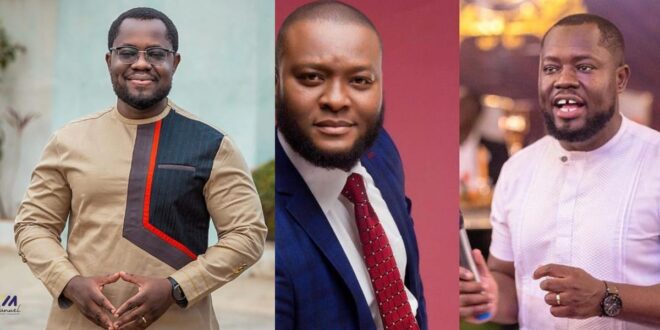 The new host of the flagship dating show of Media General, Date Rush, Giovanni Caleb, has eventually clarified why Nii Kpakpo Thompson was removed and substituted on the show.

With its usual, incredibly hilarious host, Nii Kpakpo, TV3 Date Rush’s new edition did not come. When it was revealed that Giovanni would be the new host, social media users were shocked.

Explaining the television station’s decision to replace the host, Giovanni said he had been called by the station’s management and told that he would be the new host of the program.

As an employee, he said in the interview, “I just said okay boss and took on my new position,” Giovanni told Delay.

Giovanni added that the old host (Nii Kpakpo)  had moved from the country, thus their decision to place him.

“My bosses explained to me that he {Nii Kpakpo} was out of town and not in Ghana. As in he has relocated so this is the project for you and I said OKAY so when are we starting? Unfortunately, I don’t ask questions so I started with VIM.” he said.

Watch the interview in full below