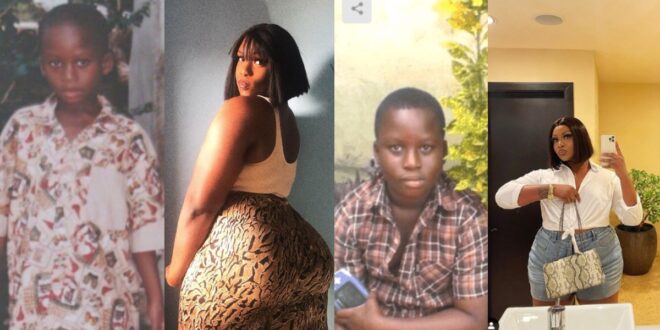 Ghana’s Bobrisky Ohemaa Martin causes a stir with these pictures.

On social media, Ghanaians are shocked to see a transgender Ghanaian who could possibly pass for a girl if one didn’t know him.

Martin was a young boy who lived with his mother and sisters, and he claims that living with them influenced and shaped her because he often saw them use makeup products on their faces that enhanced their bodies, so if they are not around, he does similar things himself.

When he didn’t like the thought of playing with boys, he claims he knew he was a girl from the start. He claims he had a girl background that his mother was unaware of when he was studying in senior high school.

Intriguingly, she also revealed that her breasts developed naturally. Here are few photos of him.