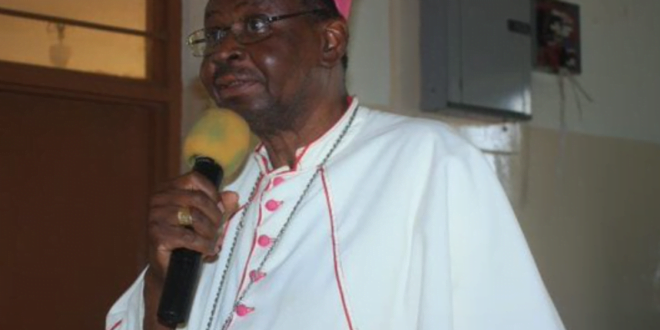 Reverend Philip Naameh, President of the Catholic Bishops’ Conference of Ghana, has admonished Ghanaians to support and recognize the practices and rights of homosexuals in the country.

Bishop Naameh clarified in an exclusive interview with Abusua FM that while the Catholic Bishop’s Conference frowns on the sexual  preferences of LGBTQI+ citizens in Ghana, it should not, however, be the reason for refusing basic rights such as housing and work opportunities to people engaging in such practices.

“Ghanaians should have a clear distinction between the things of the people and the people themselves, the Lesbian and Gay people, they are human persons so we need to respect them. We need to accord them those rights that also all human beings enjoy.

When the host asked Kojo Marfo to further explain his stance after an earlier statement from his office asked President Akufo-Addo to publicly denounce LGBTQI practices in Ghana, Bishop Naameh claimed that…

“It is not because they are homosexuals that they should be refused employment if they are qualified for it. Someone may have an orientation to be gay and another an orientation to be a lesbian but if he’s not acting out this orientation, first of all, he is a human being and has the right to accommodation, to work and to communion with other people and those are rights we should respect.

We just don’t say that because he has homosexual tendencies whereas all human beings have a right to something, he should be denied it.”

In a press release earlier, the Ghana Catholic Bishop’s Conference (GCBC) urged the government to close down the country’s newly commissioned LGBTQI office.

They released a release issued after the involvement of the European Union (EU) in Ghana in the opening of the LGBTQI+ Rights Ghana office room, calling for inclusion, solidarity and reverence for the community.