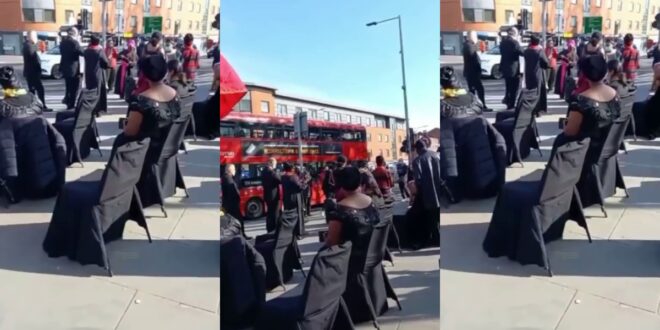 A funeral service for the late Prince Philip of Edinburgh has been arranged by some Ghanaians residing in the United Kingdom.

These Ghanaians pay their respects to the royal family in the best way they know how, by hiring speakers, tables, and canopies to lament Prince Philip’s death.

On social media, videos show several people dancing while others sat and cry as though he were a family member. Their funeral was held in North London.

According to an official statement from the Royal Family, the Duke died on April 9th at the age of 99. He dedicated his life to the Crown and the United Kingdom for 73 years.