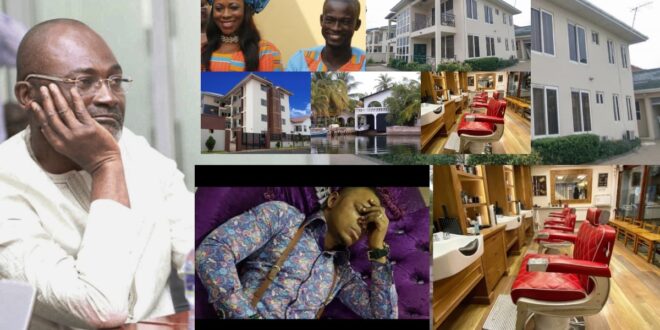 On social media, Ghanaians have descended on Honorable Kennedy Agyapong for often investigating pastors such as Bishop Obinim, while Eugene Arhin, the President’s Communications Officer, is cutting money from the countries.

An report on Eugene Arhin and the amount of assets he obtained during the fours years of NPP administration was published earlier by buzzgh.com.

The divorce is the least fascinating aspect of the tale after his wife applied for a divorce, and it has appeared that Arhin has accumulated a number of assets within four years of serving at the Presidency.

Eugene’s wife demands for 50 percent of all assets obtained during the marriage in her writing, naming each particular house.

Today, it is the assets that she described that are making a waves on social media, like 32 apartments, 5 houses, barber shops, luxury vehicles, and other businesses.

According to his wife, they were living with her sister at a point as a married couple until he began working for the president, adding that they were suffering in the early days of their union, but with just a small amount of time he now has several assets.

A social media user identified as James Tiger, however, questions how Kennedy Agyapong managed to investigate pastors such as Obinim and Nigel Gaisie, but never reached Eugene Arhin at the Presidency as he chopped Ghana’s money.

“Kennedy Agyapong was investigating Obinim and other pastors but couldn’t investigate Eugene Arhin. It took a divorce to find out about his assets. Lmaoo”

He said that
The screenshot below is 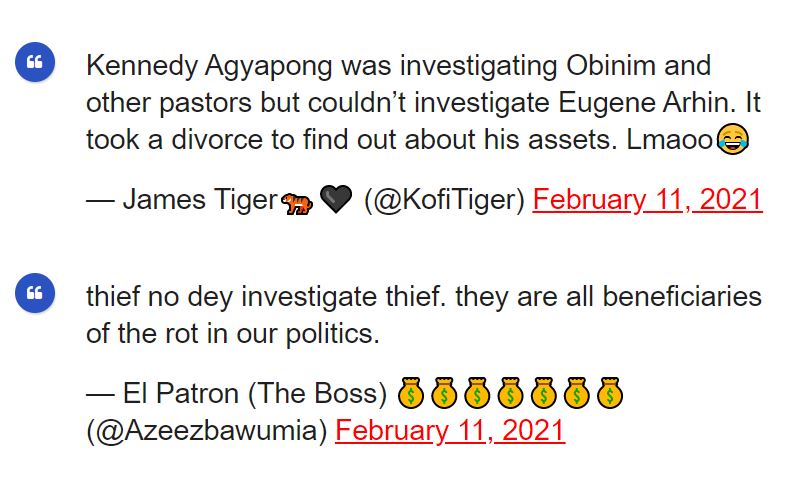