A Ghanaian rapper took a lady named Perpetual, who appeared to be Nana Essel’s lover, to Twitter to announce him allegedly duping her with a hefty amount of GH 10,000.

It appeared, as we mentioned earlier, that he asked her to lend him the money to film a music video under the terms that he would feature her in it.

Perpetual, who appears to be a salesgirl, accepted and gave him an amount of money that she was planning to use to refill the store she is employed in.

He went ahead to shoot the video after obtaining the money, however but failed to keep his side of the agreement. He featured another lady instead, who was rumored to be his mistress. Nana Essel then ‘spammed’ Perpetual, avoiding her calls and any efforts to get in contact with him.

On Twitter, pictures made rounds of Nana Essel being arrested. The whole thing is a staged promotional stunt, some tweeps presume. 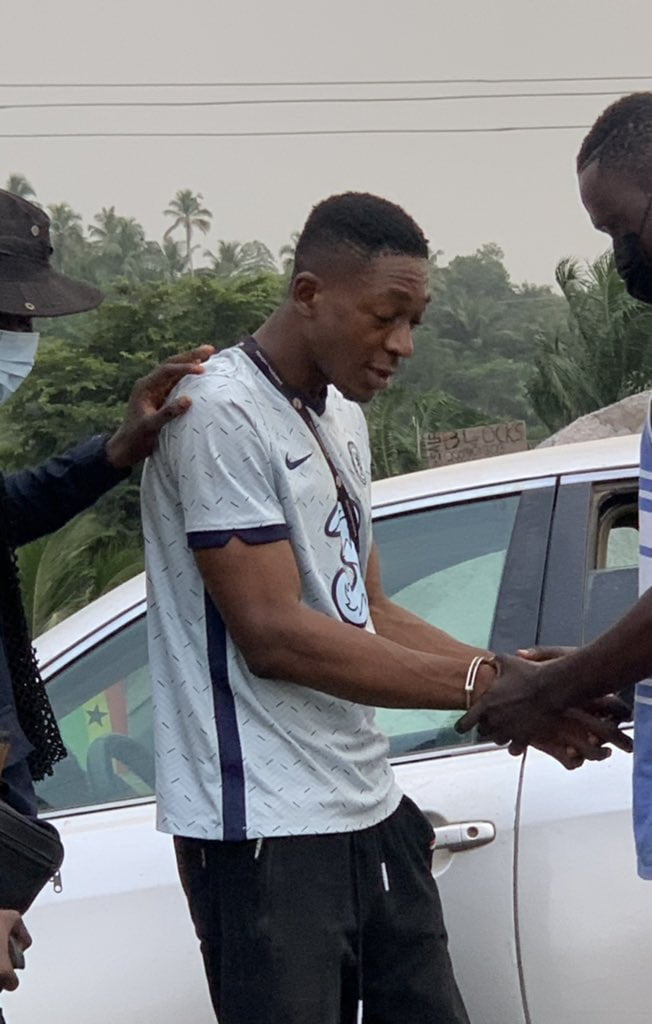 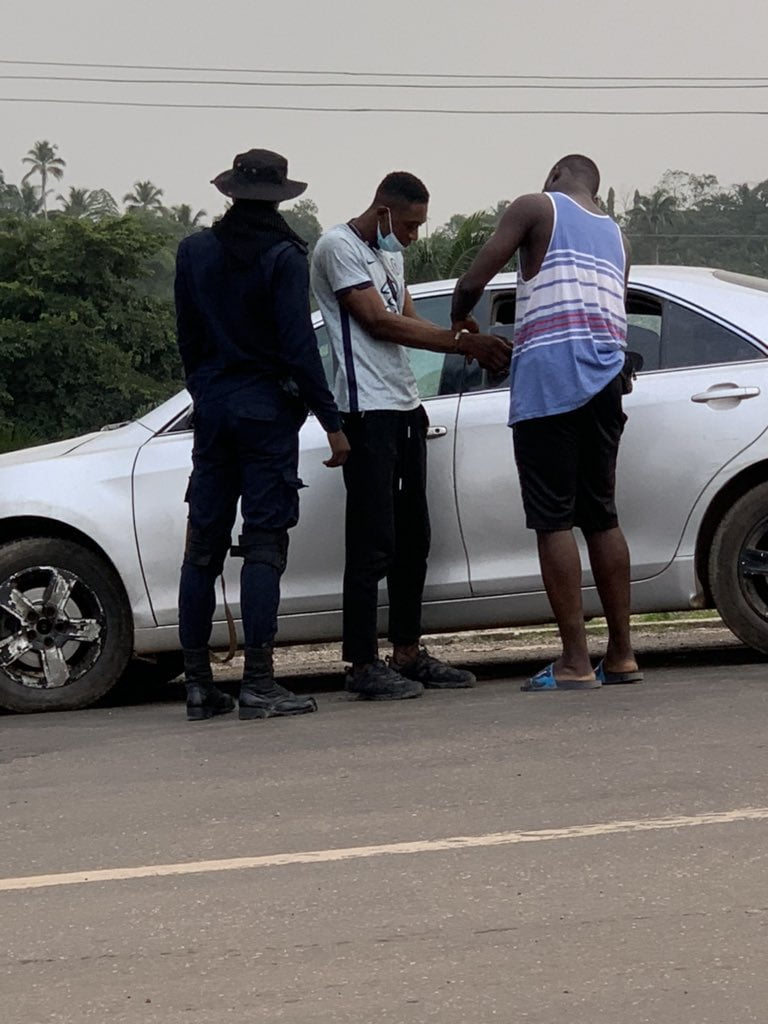 Nana Essel details his arrest and describes in a Twitter thread the situation:

The police together with my girl and I delved into the case.. My girl gave me 10k But we agreed that I’ll pay back and besides I’ve paid back 5K already. Aside that, stuff I’ve even done for my girl worth over 10k but that’s another story for another day.

I recorded a song for her and said I’ll use her for video but a night before the shoot, she was like she’s shy and can’t stand people watching her during the shoot. She gave me the go-ahead to use another girl.
THE GIRL I USED IS NOT AND HAS NEVER BEEN MY SIDE CHICK