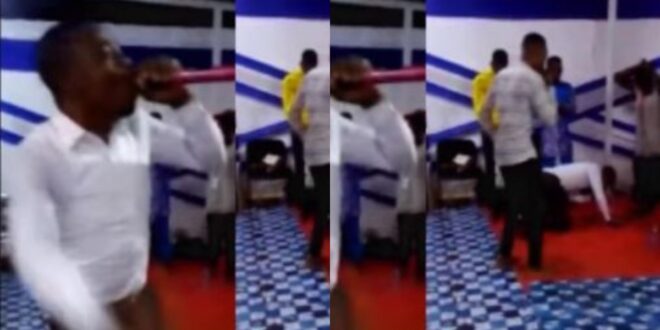 A Ghanaian budding pastor is confirmed to have suddenly collapsed and died while leading a prophetic prayer session inside the auditorium of his church, according to a video that is reportedly fast trending online. 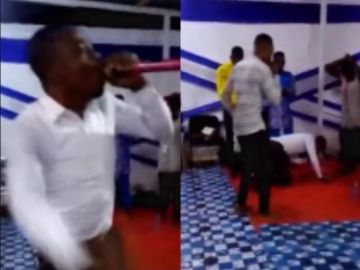 All around him, interpreting from the video, clearly believed he was possessed by the spirit and was still heading the session on the floor when things meant the opposite.

They sensed that he was dying after a few minutes and immediately rushed to the hospital, where the doctors around him had declared him dead.